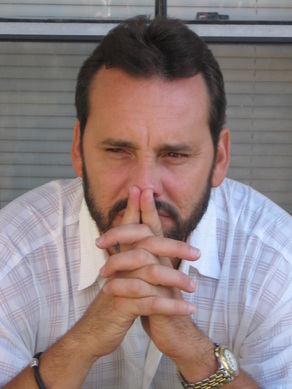 Aldo Prado was born in the City of Havana, Cuba, where he also received his education. He is a self-taught visual artist.

From an early age, Aldo has been a visual artist, participating in national and international artistic and cultural exhibitions.

When Aldo was 10 years old, he received his first national award granted by Rene Portocarrero, the prestigious Cuban visual artist.

He participated as a judge in competition of Plastic Arts by The Junior League or Austin, Inc. in the Hispanic Mother-Daughter rally entitled "Soy Unica, Soy Latina,” in 2004 and 2005. Locally, he has been a member of the Creative Art Society of Austin since 2010.

In addition to his artistic endeavors, Aldo is also a poet, who as a political exile, has resided in The United State since 1995.